What to see in Alcalá de Guadaíra: the castle and the mills 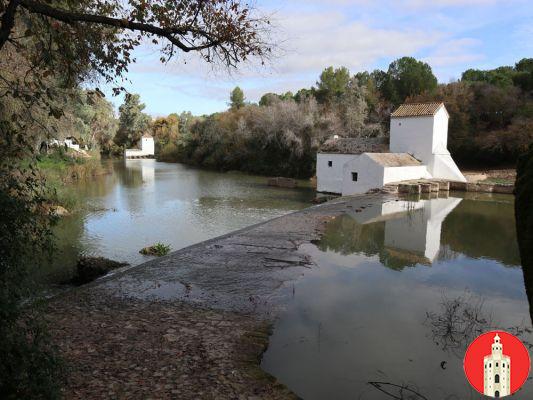 Alcalá de Guadaíra is one of the largest countries in the province of Seville, but one of the most underrated when it comes to sightseeing. About twenty kilometers from the Andalusian capital, Alcalá de Guadaíra hides some pearls really not to be underestimated like the castle or the walk among the mills.

See also -> What to see near Seville 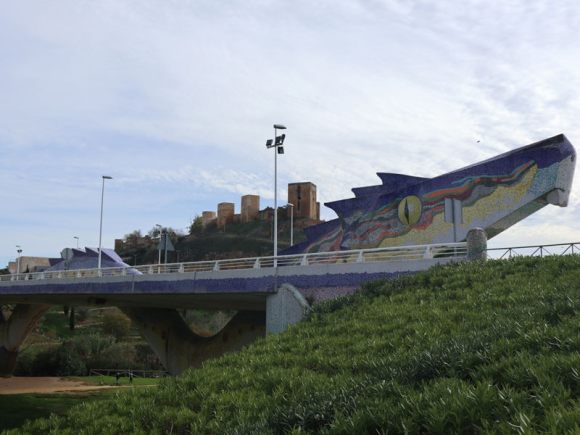 Two of the symbols of Alcalá de Guadaíra.

Alcalá derives fromespressione araba al-qal'a, which means "the castle". This allows us to understand the historical importance of the monument in this area east of the capital Seville. Today, this country is not known for its defensive function, but for another equally important factor: the bread. Alcalá, in fact, as they demonstrate the mills along the Guadaíra river it has always been a town of millers and bakers, the latter still today. 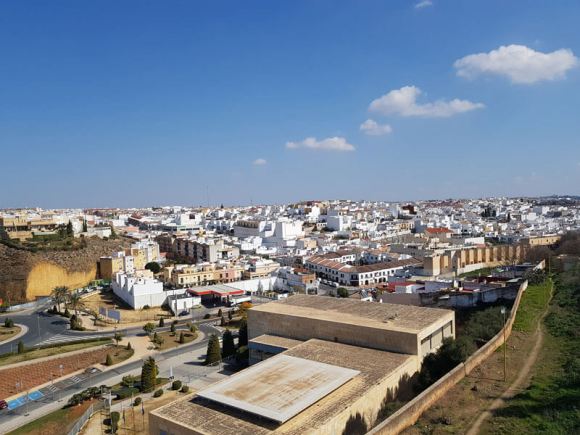 The village of Alcalá de Guadaíra.

As often happens in Andalusia, the Castello di Alcalá de Guadaíra it is the result of different civilizations and structural interventions from different periods. The top of the hill where we now find the majestic castle has been inhabited by man since prehistoric times. The construction of the defensive building that we see today, however, can be dated towards the late 12th century, that is when the Almohad Caliphate built a small fortress at the western end of the hill, probably used in its entirety as a camp for the Mujahideen army of North Africa. 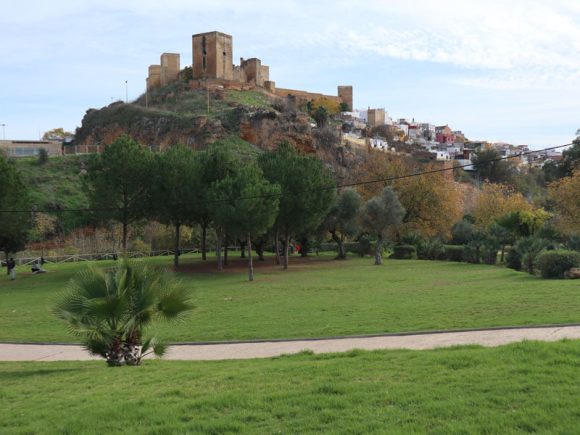 The castle dominating the town.

Its current appearance corresponds to one development between the XNUMXth and XNUMXth centuries, since after the Christian conquest of 1247, new alterations were produced, as part of the process of siege and military conquest of Seville. The Alcalá de Guadaíra Castle is divided into 3 zones: Patio de los Silos, Patio de la Sima and Alcázar Real.

See also -> The most beautiful castles in Andalusia 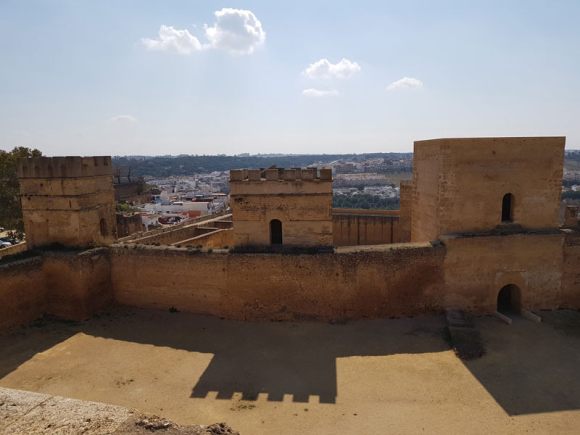 The interior of the castle.

The mills, where the bread of Seville is born

Il Guadaíra river crosses the urban area of ​​Alcalá and gives rise to a large river park along its banks of about 120 hectares declared a Natural Monument. One of the peculiarities of this natural space is the combination of the riparian forest and picturesque views with the mills lining the river as protagonists. Due to the importance of its bakery industry, the city was known as "Alcalá de los bakers", or rather of the bakers. 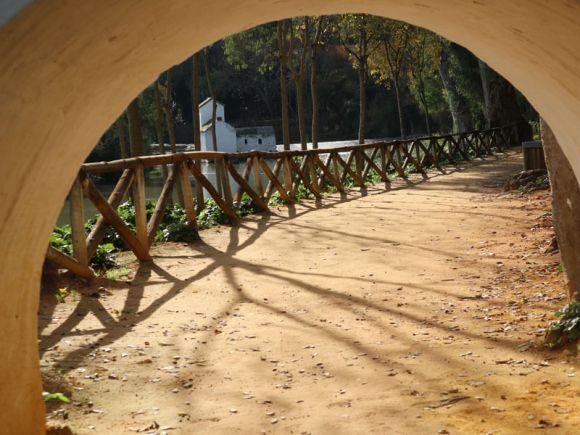 The beautiful path of the mills.

Located along the banks of the Guadaíra, up to 40 mills were in operation during the heyday of the bakery industry. The oldest mill dates back to the Islamic era and late medieval. The structure of these civil buildings is common and consists of a space dedicated to the storage of the miller's grain and the milling room. 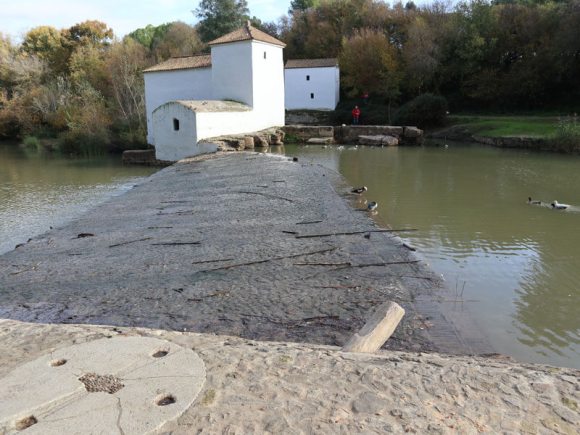 A classic Alcalá mill and a millstone. 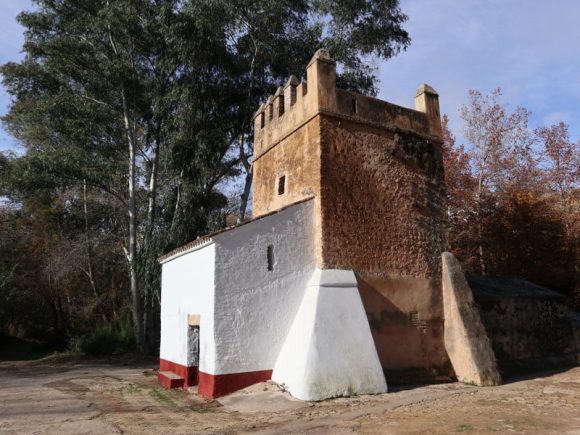 The Algarrobo mill, perhaps the most particular.

Churches and Christian buildings in Alcalá

Hermitages, churches, sanctuaries and convents constitute the rich religious heritage of the city. The work older is the Church of Santa María del Águila, Mudejar building located within the medieval walls. Next to this stand out the churches of Santiago, San Sebastián and San Agustín and in the nearby town of Gandul, the Church of San Juan Evangelista. 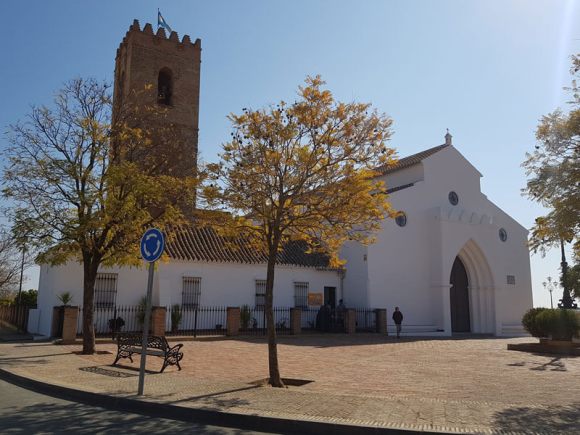 The deposits and the castle of Gandul

The remains found in the Gandul archaeological site show that humans lived in the area during the Bronze Age. These vestiges are eight tombs that follow the burial techniques typical of prehistoric times. Next to the necropolis there are numerous remains of Roman origin which reveal the great one
influence that this civilization had in the province of Seville. Other monuments such as the Gandul Castle and Marchenilla Castle complete the panorama in this locality belonging to Alcalá, but 5 kilometers away from the center.

The bridges of Alcalá: from the Roman to the dragon

Il put on Carlos III it is located on the stretch of the Guadaíra river closest to the historic center where different paths converge at least since the Middle Ages. It is popularly known as "Roman Bridge" because the construction, after the fifteenth century, was built in the place where it is certain that there was a Roman construction that could not be seen from the outside. The Dragon Bridge is directly inspired by the work of the Barcelona architect Antonio Gaudí and in particular to the dragon that decorates one of the fountains of Park Güell in Barcelona. He shares with him and with much of Gaudí's work the use of small pieces of tiles to decorate surfaces like a mosaic. 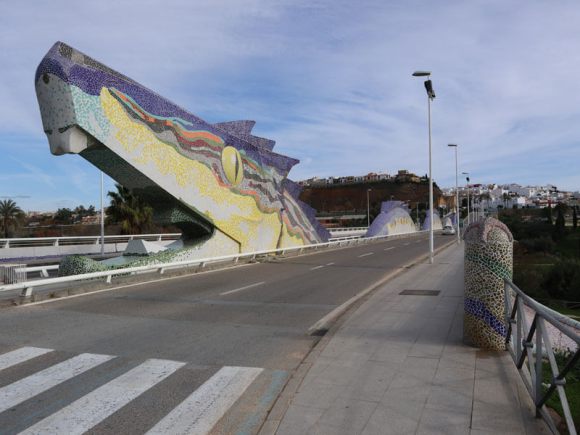 The bridge inspired by Gaudí.

Where to eat in Alcalá de Guadaíra

We not only find bread in Alcalá de Guadaíra. In fact, in this municipality we will be able to try some of the delicacies of the province of Seville. Without doubt there are two places to recommend. The Hare Still Life it is a traditional restaurant where you can eat the best grilled meat of the city. The price also pleasantly accompanies the gastronomic experience. Another restaurant to definitely recommend is la Tavern Cuevas Anita la de San Miguel, first of all for their own location in a cave. The dishes are simple but highlight the quality of the excellent Sevillian product. 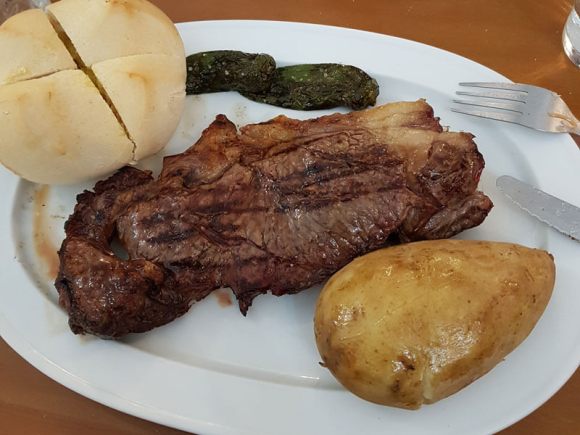 Where to sleep in Alcalá de Guadaíra

Alcalá de Guadaíra is not a very touristy town and visitors often return to Seville to sleep. If, on the other hand, you are looking for a magical place to sleep at a much cheaper price than the Andalusian capital, then you should try the Legado Oromana Hotel, aold Andalusian farmhouse redeveloped. This hotel is surrounded by greenery and within walking distance of the named mills and the river. A hotel with all the luxury you are looking for such as a fantastic swimming pool. Here, however, it will be possible to compare all the prices of accommodation in Alcalá de Guadaíra. 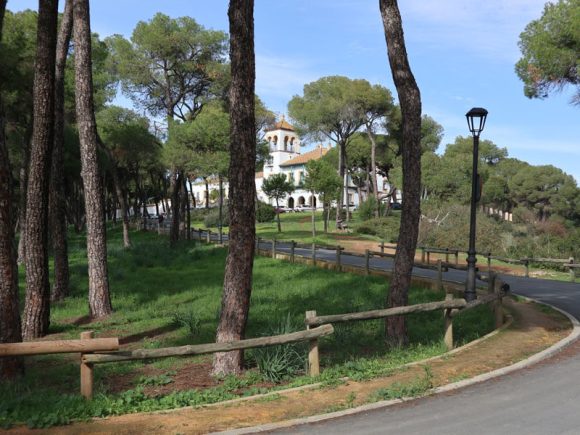 The Hotel Legado Oromana in the pine forest.

add a comment of What to see in Alcalá de Guadaíra: the castle and the mills