Gazpacho andaluz, rabo de toro and other dishes to try in Seville

Who I am
Edurne Miquélez de Mendiluce
@edurnemiquélezdemendiluce
EXTERNAL REFERENCES:

Nestled on the banks of the Guadalquivir, the capital of Andalusia embodies the essence of this region and is one of the largest cities in Spain. Popular tourist destination especially during the Semana Santa period, Seville it welcomes many visitors also in the rest of the year, as it enjoys a warm and sunny climate. If you've never been there, getting lost in its streets will be a wonderful experience; if you have already visited it, then you know that there are many excellent reasons to return, for example its architectural heritage.

A splendid example of Gothic architecture, the Giralda is the bell tower of the Cathedral of Seville, located in the Plaza del Triunfo. It dates back to the 1300th century and was built by the Arabs: initially, in fact, it was the minaret of the mosque that stood in place of today's church and which was destroyed by an earthquake in the second half of the XNUMXs.Hospital of the Venerable Priests, in the Barrio Santa Cruz, is a complex consisting of a Sevillian Baroque-style church, a patio and a space where the works of the painter Diego Velázquez and other Spanish artists are exhibited. Built on the remains of a Roman fortress, the Real Alcazar Seville is another must-see on a visit to the city, with its crenellated walls, splendid white, blue and gold decorations, and some of the most beautiful gardens in the country.

Another attraction of Seville are the places where you can attend flamenco shows, both for free and for a fee: one of them, La Carboneria. Finally, in this wonderful city of Andalusia, the cuisine is also rich and tasty, with meat and fish recipes and the culture of tapas: so we could not tell you about what to eat in Seville during your stay. 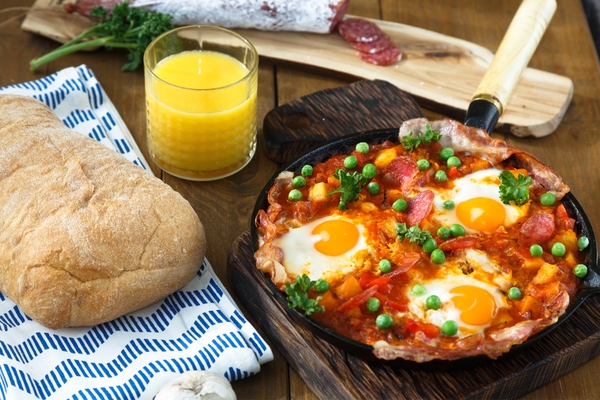 Hot and cold soups, fish dishes but also many recipes with meat and game: the Sevillian cuisine reflects the characteristics of the Andalusian regional one, preserving the legacies of Arab traditions, like the wise use of spices. The confectionery tradition is also strongly influenced by Muslim influences, with recipes that are enriched with dried fruit such as almonds and pistachios. Simple but very tasty, Sevillian cuisine expresses the joy of the meal, which for the Spaniards is first and foremost conviviality. Finally, among the typical products of the area, it is undoubtedly worth mentioning sherry, often used in both fish and meat dishes.

What to eat in Seville: tapas and other specialties

Among the cornerstones of Sevillian cuisine are tapas, which are a very old tradition in this city. You can find them almost everywhere, but to be on the safe side, find your way around the clubs Triana and La Macarena districts. You are spoiled for choice, including bacalao (cod), caracoles (land snails), espinaces con garbanzos (spinach and chickpeas), croquetas and many others. The lovers of meat and fish in Seville they will find many really satisfying dishes, but many places also offer vegan and vegetarian menus.

Served both as a tapas and as a real dish, tortillas de camarones are a must round shrimp omelettes and chickpea flour, very tasty. 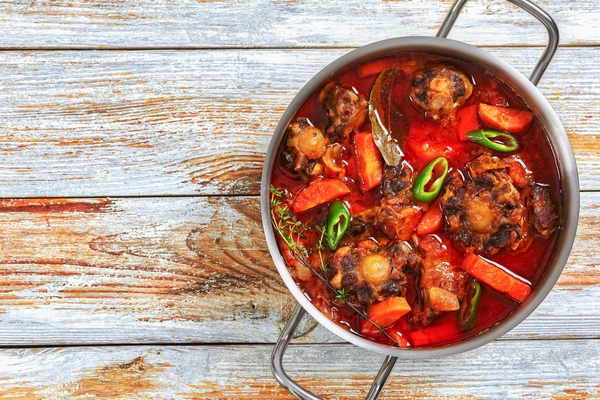 The bull's tail (rabo de toro) in Seville is an institution. Usually it is a second dish, but it is used also as a sauce for pasta and is also available in a tapas version.

Few ingredients and a lot of substance, like many Iberian dishes: this recipe of Sevillian cuisine is made with fried eggs and laid on chorizo, the typical Spanish sausage, cooked with tomato and vegetables. 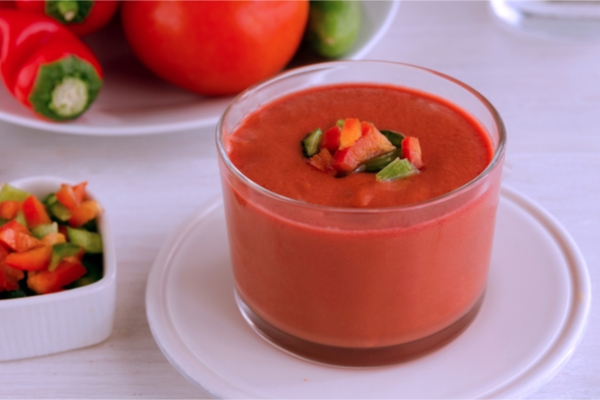 Tomato and seasonal vegetables dressed with garlic, extra virgin olive oil, vinegar, water and salt: the recipe for gazpacho andaluz in Seville is a remedy against the heat, since this soup, traditionally eaten cold, is often served as a soft drink with ice cubes.

Seville has one long confectionery tradition, originally born in cloistered convents and monasteries, and then hybridized with the flavors of Arab cuisine. The Semana Santa period is ideal for tasting all the local specialties, such as torrijas (pancakes) and yemas de San Leandro (simple and tasty, made with sugar, egg yolks and lemon juice), but many are found all year round.


Absolutely to taste, the tocino de cielo, a caramel pudding typical of the city, which is accompanied by another typically Andalusian product, the aljarafe, a fortified wine.

Where to eat in Seville 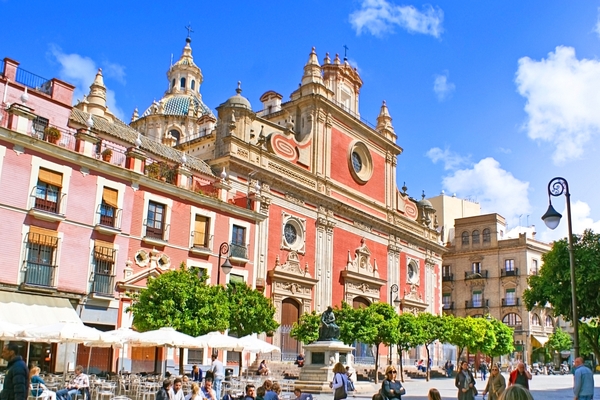 Some of the most beautiful clubs in the city are located in Plaza Triunfo, but also in Plaza Salvador you will find interesting proposals. Do not forget, however, to take a tour of the Market of the Lonja del Barranco, which is located near the Guadalquivir river: there you will find many places to choose from according to taste and appetite, but you will always be able to appreciate something typical.

Cozy and modern, the Bodega Dos de Mayo is located in the Barrio San Lorenzo and offers typical Spanish cuisine. The specialties are the fish dishes and there is a great one selection of local wines.

Have you already packed your suitcase for Seville and are you ready to discover this Andalusian pearl? When you return, tell us what you had visited and above all which dishes you let yourself be conquered by!

What to see in Triana: a genuine experience in Seville ❯

What to eat in Seville

Where to eat in Seville

What to eat and drink in Seville

add a comment of Gazpacho andaluz, rabo de toro and other dishes to try in Seville

We have been able to provide in 97% of times, the solutions that users were looking for when consulting our page.