Alcazar Seville: timetables, prices and how to get there 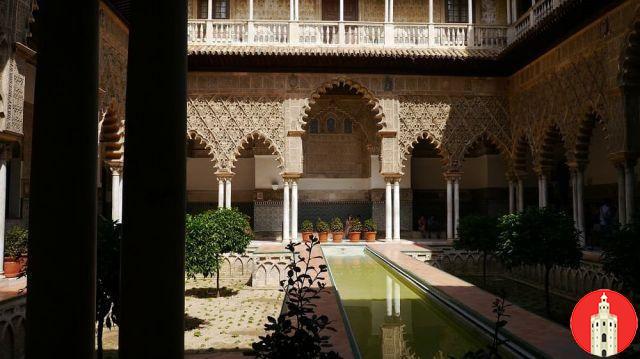 One of the essential places to visit visit in Seville it's definitely the Real Alcazar, it is one of the oldest palaces in the world still in use by the King today. Visiting this palace is only allowed at certain times, so let's go and see how to go to the Alcazar of Seville and know its timetables and ticket price.

Over the years the various rulers have modified and expanded the palazzo Alcazar, it is a witness of the history of the city of Seville, a place that has seen the passage of many cultures that have changed the city and left their mark. Walk around the Alcazar garden it will make you travel in time, you will feel like you are living another era, a unique experience that will be difficult to relive in another place in the world.

You are in Erasmus in Seville or simply to visit the city, it is therefore good to visit this ancient palace, but first let's go and see inside the Alcazar of Seville and timetables.

What to see at the Alcazar of Seville

The Alcazar of Seville was built starting from the fourteenth century, when in Europe i dark ages were the masters. The Royal Palace is the highest expression ofMudejar architecture, a mixture of western and eastern. The structure was remodeled by the various rulers who passed through the 11 centuries of its existence, it was expanded several times to make it what it is today. If you pass by Seville a visit to the Alcazar is a must, inside you will find great wonders, but what to see at the Real Alcazar? Let's find out together.

Patio del León: you have access to this patio as soon as you enter, from here the tour begins and you enter what is called the Hall of Justice (Sala de la Justicia), inside it is possible to admire a fantastic woven wooden roof of various colors, it is impossible not to notice the stuccos in Mudejar style that dominate and make this room unique, built in 1340 by King Alfonso XI. 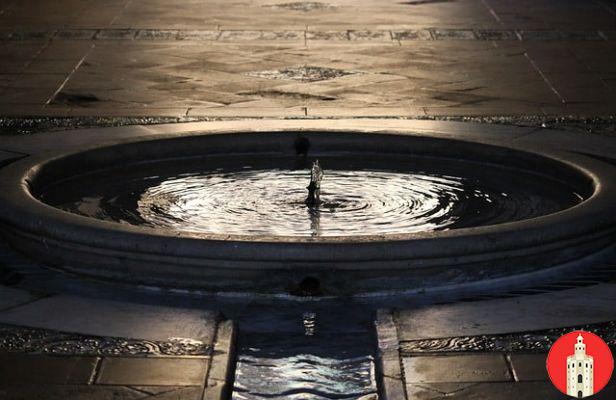 Leaving the Sala de la Justicia you enter the Patio del Yeso, a nineteenth-century reconstruction of the twelfth-century Almohad palace, not to be missed.

The Catholic Monarchs founded, after the Reconquista (1503) what is there Hall of Bargaining, here were managed the negotiations of goods coming and going to the Americas. Do not miss the Hall of the Admiral with paintings depicting historical characters and events of Seville, a little further on in Courtroom numerous tapestries adorning the walls and depicting the coats of arms of the Spanish admirals, but the painting dominates the room Virgin of the dizzy by Alejo Fernandez dating back to 1503.

As already said the Real Alcazar to this day is still a royal palace in use, used since King Felipe VI of Spain, in fact there is the Royal Room (Royal Room) can be visited when there are no guests, the access price is about € 4,50 but to access it you need to book.

If you visit the Alcazar you cannot miss a visit to the Palace of Don Pedro, it is an architectural masterpiece commissioned by Peter I who signed an alliance with the ruler of Granada, Mohammed V who sent the best craftsmen of his court to build this palace which summarizes the Iberian Arab art. The center of this building is the Patio of the Maidens (Patio de las doncellas) with super elegant arches adorned with regal tiles and treated in detail.

Then there is the royal apartment, also known as Royal Alcove, which features ceilings with decorations made of one-of-a-kind tiles and stuccoes. Obligatory visit also to dolls playground, embellished with stuccoes that come directly fromAlhambra of Granada.

The Hall of the Ambassadors with a wooden dome with star motifs and representing the universe, also unmissable Room of La Media Naranja and the Salon del Techo of Felipe II with a ceiling in full Renaissance style built around 1589-1591.

Among the most important rooms there are The Rooms of Carlos V, Gothic-style rooms that have however been modified several times by order of Alfonso X. Outside the Rooms of Charles V we find the Crucero patio, a patio entirely built following the damage of the XNUMXth century earthquake.

Gardens of the Real Alcazar

At the exit from the Alcazar it is possible to access the gardens, immense and completely immersed in silence. These are decorated with fountains, statues and formal gardens where los can also be found Baths of Doña Maria de Padilla (photo below) inside a cave that was later built to decorate the patio. 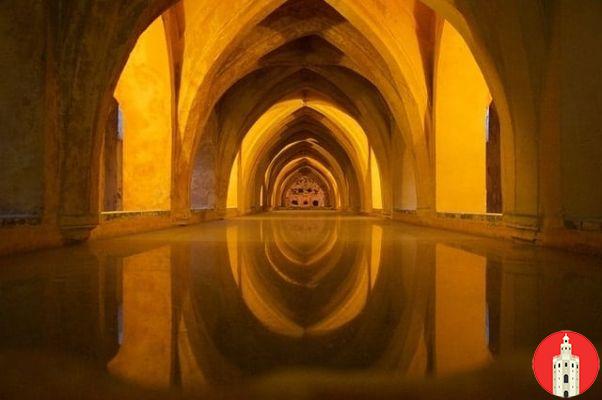 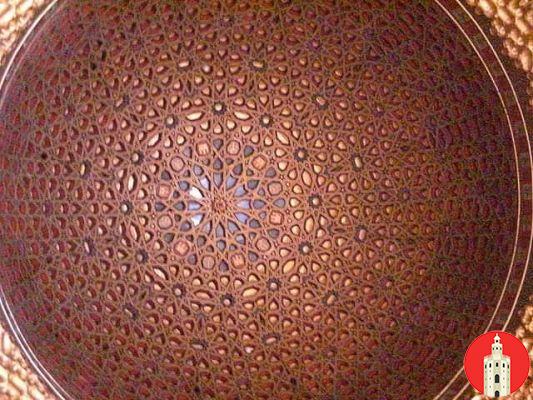 Let's get to know the times during which it is possible to visit the'Alcazar in Siviglia, here is the breakdown by periods in detail.

The closing days of the Alcazar of Seville are January 1st and 6th, Good Friday (the famous Semana Santa in Seville) and December 25th.

To be able to visit the Alcazar you just have to go to the street Patio de Banderas, s / n. to Seville and queue to buy the ticket. Alternatively, you can buy the ticket in advance online with a 1 and a half hour guided tour and priority access (therefore without queuing).

Discover the Alcazar Tour and Guide

We have seen the Alcazar of Seville and the times during which it is possible to visit it, now let's see how much it costs to enter based on age and discounts reserved for students and historians.

You can buy the ticket directly at the ticket office of the building, for discounts just show the university card with an identity document. Alternatively you can buy online to skip the file.

How to get to the Alcazar of Seville

If you've decided to visit the Alcazar of Seville, you are informed about the timetables and the ticket price, here's how to get to the royal palace.

By metro just get off at fermata di Puerta Jerez, continue for the Avenida della Constitution and turn right into via Patio de Banderas, s / n. to Seville and you will have reached your destination.

We advise you to go by metro because it is not very easy to park in the center, alternatively you can choose to take a taxi, but from Puerta Jerez to the Alcazar, as you can see, it takes only 4 minutes. Well, we wish you a good visit to the Alcazar. 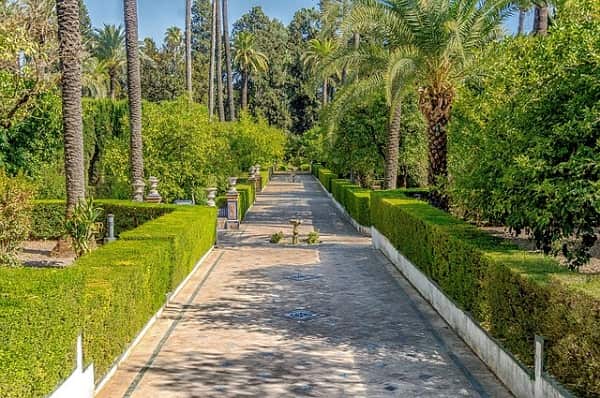 For Game of Thrones fans, the garden ofAlcazar of Seville was chosen to be able to shoot some scenes of the fifth season of the famous television series. Another curiosity is that when the King of Spain is visiting Seville, although he has his rooms inside the Alcazar, he stays in a hotel.

The Alcazar was declared in 1987 World Heritage Site by UNESCO.

Sleeping near the Alcazar of Seville

If you have decided to visit the real alcazar di Sevilla then you can opt for the choice of sleeping near this incredible monument and thus visit all the nearby attractions since it is located in the heart of the city.

The Real Alcazar is among the most important structures in Seville, certainly the best representation of Mudejar architecture.

Isla Magica Seville: info, prices and how to get there ❯

New Year and Christmas in Seville: the tradition in Spain

add a comment of Alcazar Seville: timetables, prices and how to get there