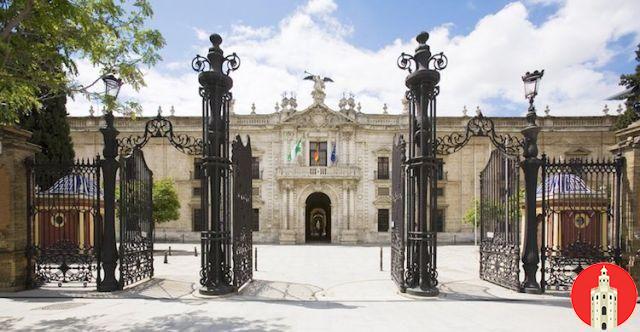 For those who loveAndalusia, the city of Seville it is one of the most suitable destinations, if not obligatory. It is a very beautiful city and, at the same time, very characteristic and relevant from both a historical and architectural point of view. Among the many beauties that populate it there is, without a doubt, the Royal Tobacco Factory, which today is the seat of the Rectorate of the University of Seville. Inside, moreover, various faculties of the same are housed.

Looking at this building, one is first of all struck by its majestic, imposing and well cared for being. But not everyone knows its history and, therefore, it is useful to talk about it a little in detail.
Let's start by saying that this beautiful and imposing building was built right outside the city walls. To be precise, this one Royal Tobacco Factory it was built on what were the remains of an ancient Roman cemetery.

The construction of the building began in 1728 and it took almost 40 years to finish: in 1763 all the works were stopped even if, to be honest, the factory was already in operation in 7157. It is, therefore, an example of industrial building from the XNUMXth century and, to be precise, it is the largest in all of Spain. It is also possible to affirm that the aforesaid building is one of the most valid examples of the aforementioned construction typology of the Ancient Regime era.


When it was used as a factory for the processing of tobacco, over 1000 people worked inside it, 200 horses and there were 170 mills in constant operation. It was therefore a very important company, not only for Seville, but for the Spanish production of tobacco in general. Here all the tobacco that came from Virginia and from all the Spanish colonies that produced it came together and here the whole manufacturing process took place, from the raw material to the final product. 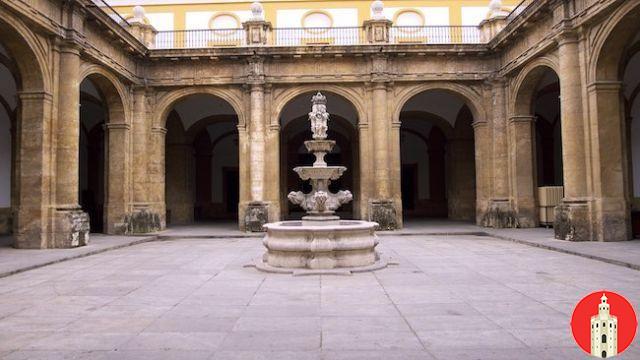 If you look closely at the building, you immediately notice the rectangular plan, which measures 185 x 147 meters. From a stylistic point of view, however, there are many Renaissance-style motifs, while on the main facade, there are many more elements in Baroque style.

What is most striking is the fact that the building is surrounded by a deep moat and queso because it stood outside the walls and, therefore, could be in a fairly dangerous and uncontrolled area. Entering inside, you can see several patios of different sizes, all arranged symmetrically and in which, today, fountains have been built.
If you are curious to know who carried out the project on the basis of which the factory was built, you should know that everything was followed by Spanish and Dutch military engineers, among which the name of Van Borcht.

Although, at that time, it was the richest and most prosperous factory in the city, the one in which everyone aspired to work. However, if today we remember and still talk about this beautiful building, as well as for its being the seat of the Rectorate of the University of Seville, as already mentioned, it is because in the nineteenth century the French writer Merimèe spoke of it in one of his novels: the female protagonist of the same worked in this factory.


How to visit the Royal Tobacco Factory of Seville

Being one of the headquarters of the University of Seville, the Royal Tobacco Factory can be visited from Monday to Friday, during the opening hours of the rectorate and of the various faculties that are inside. This is a must visit if you come to the city, because this is a very important building and also a very fascinating one. You can reach the attraction by taking the Seville metro and getting off at either the Prado de San Sebastian or Puerta Jerez.