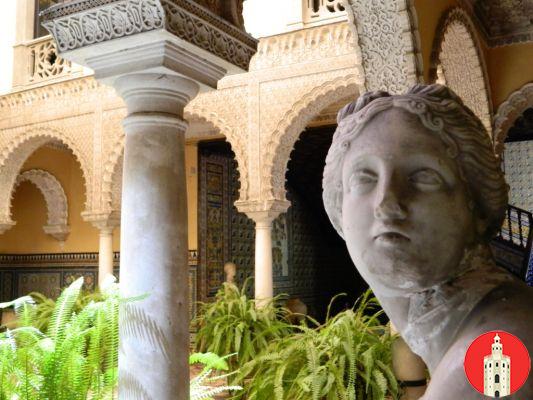 Stately homes and palaces in Seville

Seville has always been a very important city foraristocracy and the Spanish nobility. The Real Alcazar for example, it is still a summer residence of the Spanish royal family. There Pilatos house, after having been of the Marquis de Tarifa, today it is owned by the Dukes of Medinaceli and the Palazzo of the Dueñas it belongs to the noble Casa de Alba. Similarly, in the centric Santa Cruz neighborhood of Seville, there are two stately residences of considerable artistic level and of significant historical importance. 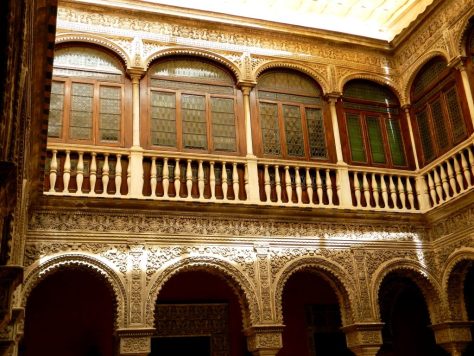 The luxury of the Casa de Salinas in Seville.

Il palazzo of the Countess of Lebrija 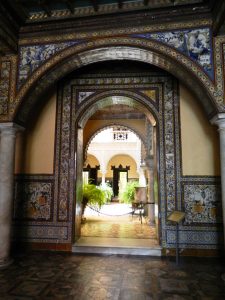 Also known as the house with the best floors in all of Europe House of the Countess of Lebrija (Calle Cuna) hosts fabulous and very important Roman mosaics coming from the nearby Archaeological Park of Italica. The house was inhabited by the heirs until the 90s and for this reason it is very well preserved. The building is from XV-XVI century and contains clearly Arabic elements simulating the Real Alcázar. 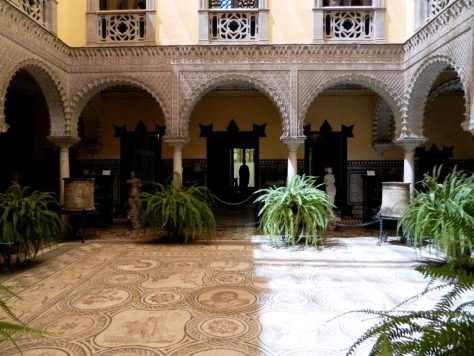 The main courtyard of the Palacio de Lebrija in Seville. Note the Roman mosaic.

As mentioned, it houses some Roman archaeological finds including several mosaics, one of which is that of the beautiful main courtyard. Even the wooden ceiling of the staircase was imported, precisely from the town of Marchena. Some marblesinstead, they were taken from the Archaeological Park of Medina Azahara. The walls, as usual in Seville, are covered with Andalusian tiles (azulejos) of the eighteenth century, respecting the tradition of ceramic production of Triana. 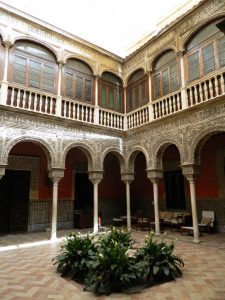 The courtyard of the Casa Salinas.

La Salinas House (Calle Mateo Gagos) is a Renaissance building restored in the early XNUMXth century. During the works it was decided to restore it XNUMXth century style original structure. This is why today we can enter a fantastic interior courtyard decorated with arches in the Mudejar style and beautiful stained glass windows. The Casa Salinas is now inhabited by the owners and it is for this reason that the upper floor cannot be visited. This house-palace also houses a beautiful and well-preserved mosaic from Italica, located in an accessory courtyard. 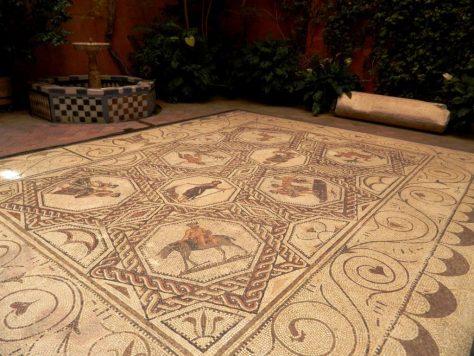 Mosaic from Italica in the Casa Salinas.

Where to sleep in the historic center of Seville

To visit the Casa Salinas and the Palacio de Lebrija it is advisable to stay in one of the many hotels in the historic center of the city. Here you will find all the solutions that are right for you. Below, however, all the hotels on offer in Seville:

add a comment of Palacio de Lebrija and Casa Salinas: two palace-houses in the Barrio Santa Cruz of Seville