The Districts of Seville to see 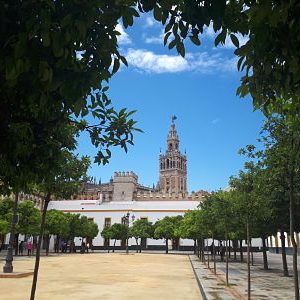 Orange trees and a natural enchantment, to fall in love with Santa Cruz neighborhood.

Small alleys, splendid squares, patios full of flowers, monuments and a wonderful perspective of the Giralda. The Santa Cruz district offers images of Seville that will hardly be forgotten.

The writer Tirso de Molina chose the neighborhood of Santa Cruz as the setting for the love between Don Juan Tenorio and Doña Inés.

Things to see in Santa Cruz: 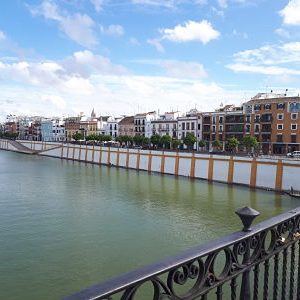 Crossing the Isabel II bridge over the Guadalquivir river, we arrive in one of the most emblematic places in Seville: the Triana neighborhood. The capillita del Carmen will welcome us.

Places not to be missed: 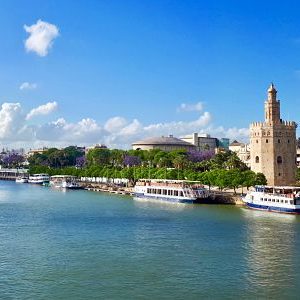 The El Arenal district, it is a good excuse for a walk on the banks of the Guadalquivir.

In the El Arenal district we find important places of interest that offer many leisure activities for free time. The Paseo de Colón is one of the most famous streets. 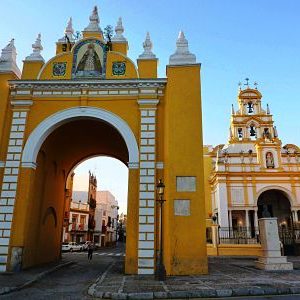 The MACARENA district retains most of the wall of Seville

North of the historic center, La Macarena is one of the most characterful neighborhoods in the city. Starting with Calle San Luis, we will begin our visit to this magnificent part of Seville.