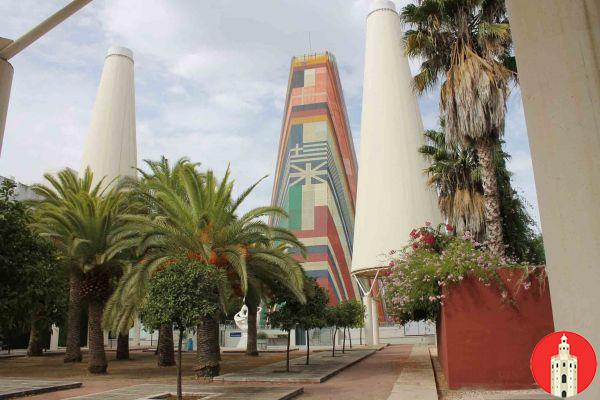 THESeville Expo 1992 it is one of the biggest events that Spain has hosted thanks to the over 41 millions of visitors. It took place from April 20 to October 12, 1992 and 112 countries participated. The area that was chosen to develop this mammoth international exhibition was theCartuja island, that is the part to the west of the Guadalquivir dock and to the north of the Triana district.

Seville already in 1929 welcomed one Iberoamerican Expo, an event that has bequeathed a huge monumental heritage (such as the Plaza de España) and the urban development of the city as we know it now. However, comparing the Expo of 1992 and 1929 is not a feasible thing, given that we are talking about two totally different eras and events with very different purposes.

See also -> What to see in Seville 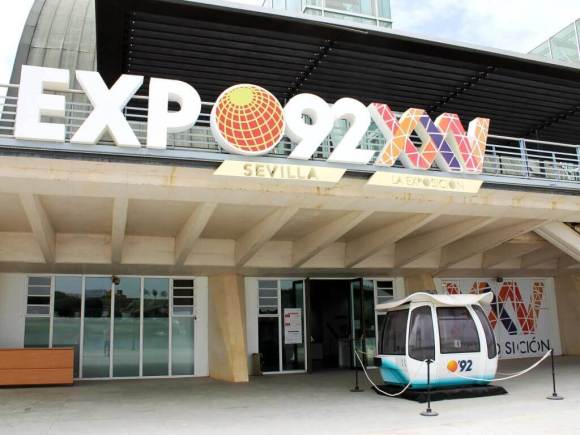 The pavilions of Expo 1992 in Seville

Unlike all other expo in the world, old or new, about thirty pavilions survive in Seville, some still used today, others used until recently and awaiting new buyers and others abandoned. In no other Expo in the world have so many pavilions left standing and in no case are there ten (not even Expo Milano 2015). 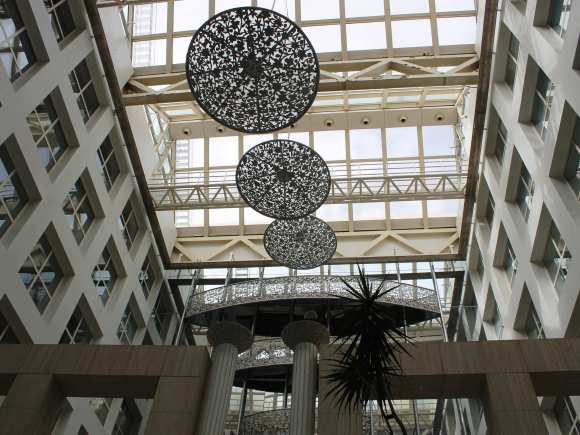 The large area of ​​Cartuja therefore certainly cannot be said to be dead or abandoned. It is true, there are some disused pavilions and in a bad state, however, the neighborhood of the Carthusian is a living area. Here it is situated Magic Island, one of the most famous adventure parks of Spain and always here the area of CAAC (Andalusian Center of Contemporary Art) attracts many young people every weekend thanks to the many cultural initiatives proposed. 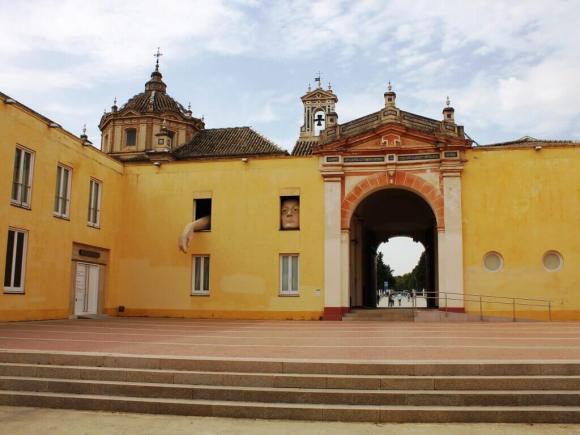 One of the sculptures of the CAAC.

Furthermore, La Cartuja is above all one of Seville's economic engines. In this area they are located hundreds of company offices also very important and a seat of the University of Seville. Many are the workers and students who enter the Cartuja every day. A very interesting fact is what it says that the annual GDP produced in Cartuja is three times what it cost to build Expo 1992. From a tourist point of view, however, it is not such an attractive area. The pavilions are very beautiful, but there is a lack of maintenance in this extensive area. On the other hand, as mentioned, this is a purely productive area, there are few or no services for tourists. 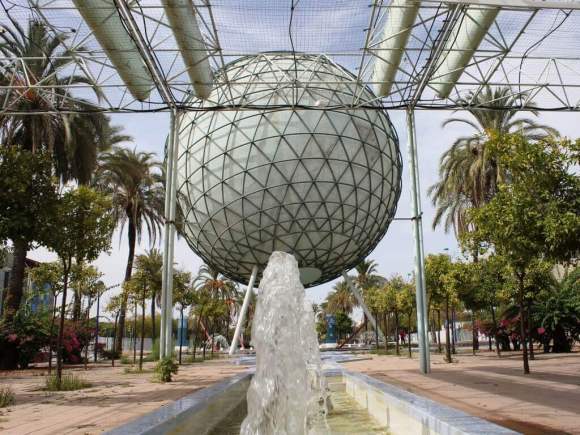 In Seville, however, on some tours organized by theLegado Expo Association it is possible to visit externally the pavilions of Monaco, Cuba, Chile, Morocco, Kuwait, Canada, Finland, Spain, Mexico, Puerto Rico, Korea, France, Portugal, Italy, Hungary and CEE (European Economic Community: in '92 it did not yet exist the European Union). As anticipated, some of these are abandoned, others are privately owned and others are public property. For this the visit inside is only possible in some pavilions and by appointment. For more information it is best to contact the Legado Expo Association.

The passport of the Expo 1992 in Seville.

The Italian Pavilion at Expo 1992 in Seville

Il Italy Pavilion of Expo 1992 in Seville remains standing. It is one of the most luxurious and was designed to represent a typical Italian city, with an outer wall that protects the inner core. This structure designed by Gae Aulenti today it houses the offices of a large multinational pharmaceutical company. It is difficult to visit this pavilion, as it is private. In its internal atrium it is possible to appreciate, in a stupendous model that is constantly renewed, the whole area of ​​the Cartuja. 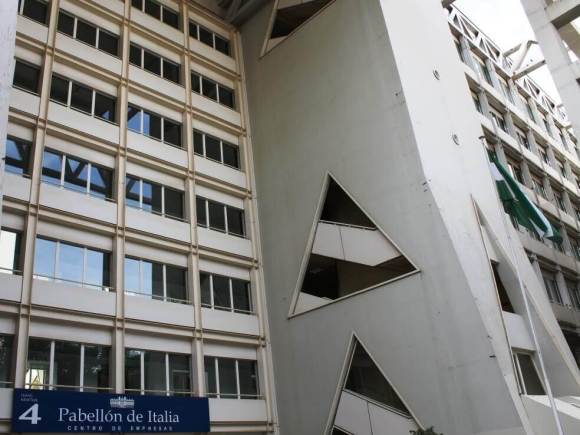 The Italian pavilion in Expo 1992.

The EEC Pavilions, France and Hungary

Among the most futuristic pavilions of Expo 1992 in Seville are those of the EEC, France and Hungary. The EEC pavilion it was located at the center of the exhibition, close to the 12 member countries of the European Economic Community. Actually this pavilion is not visible today, as it was underground. What is visible today is there beautiful tower with flags of member countries. At the top was the Spanish flag, the host country and at the bottom the European flag with only 12 stars. 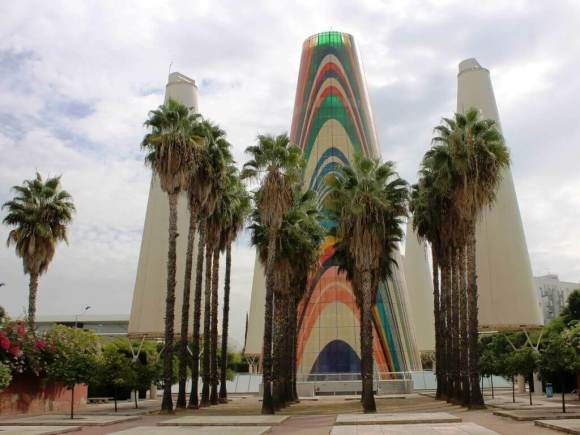 Il pavilion of France, with that of Portugal, it is located next to the most important pavilion, namely that of Spain (now part of the Isla Magica adventure park). Like the Italian one, the French one is now home to an important multinational. The peculiarity of the French pavilion are the stained glass windows that surround the building. This in 1992 meant that France wanted to be reflected in Spain's success in those years. It should be remembered that in 1992 Spain welcomed the Olympic Games in Barcelona and Madrid, the European capital of culture, in addition to the Seville Expo. Inside, the former pavilion houses the well of images, that is a ditch 20 meters deep also filled with mirrors.

The pavilion of France.

Il pavilion of Hungary has been declared Property of Cultural Interest. It is a work of Imre Makovecz, the father of organic architecture. This pavilion is practically abandoned due to judicial intrigues. This building represents a church with seven bell towers, a tower dedicated to every religion present in Hungary. In addition to having atree of Life, one of the greatest peculiarities of this pavilion was the diversity of the two sides. A Bianca and peaceful facing what used to be the pavilion of Austria and one scura and threateningly facing what used to be the Vatican City pavilion. 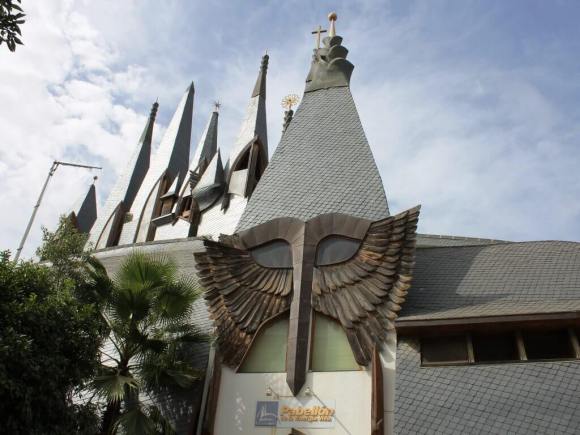 The pavilion of Hungary.

A tribute to Curro

Like any great event, Expo 1992 in Seville also had its own mascot. For this occasion the sympathetic was chosen Curro, a bird with elephant legs and a five-colored beak like continents. It was undoubtedly the best ambassador of the Sevillian Expo in the world and still today is remembered with great sympathy. In general, the Expo in Seville is commemorated with great positivity and nostalgia as it represents the largest event that took place in Seville and Andalusia.

See also -> 20 things to do absolutely in Seville 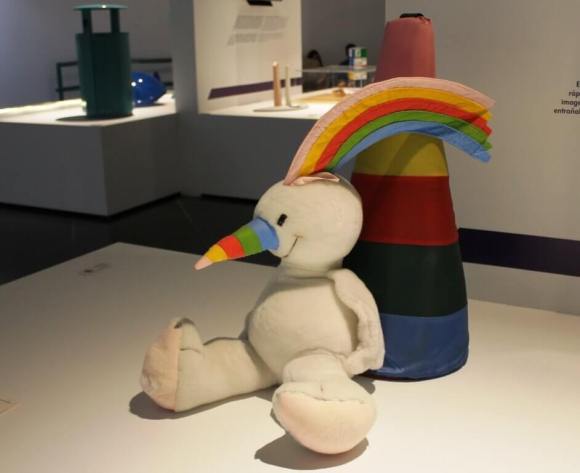 add a comment of Seville Expo 1992: what remains today, life or abandonment?