Security and crime in Seville

Who I am
Edurne Miquélez de Mendiluce
@edurnemiquélezdemendiluce
EXTERNAL REFERENCES: 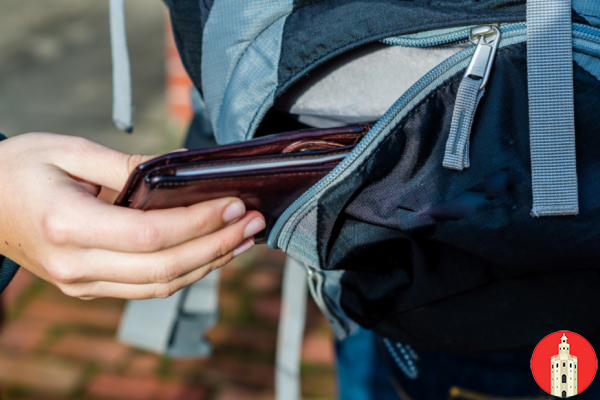 You want to travel to Seville, but you are worried about safety? Nonsense! In ForSevillaLovers we tell you everything about crime and safety in Seville so you can relax. Let's get to it!

Seville is not a dangerous city, like all Andalusia. The feeling of safety in this city is very high and the actual safety is also at the top among tourist cities in Spain and Europe. In Seville, for example, in the whole 2019 there was only one murder and it is not even a city targeted by terrorist attacks.

Walking through the center, between the Cathedral and the Torre del Oro or in the Plaza de España, we will observe a good number of police forces , especially the National Police or the Local Police. However, this is just a bollard, sometimes it is necessary the real intervention of one of these bodies.

After the last terrorist attacks with the use of vehicles thrown into the crowd, the center of Seville around the Avenida Consitución and the Plaza del Triunfo has been lined with huge concrete vases, which in addition to decorate the area, prevent access to any moving vehicle. . The surveillance of attacks is constant and the Ministry of the Interior is working with the European Union to prevent these attacks.

Areas and neighborhoods to avoid in Seville

It is really difficult for a tourist to present himself in one of the disreputable areas of Seville. These neighborhoods are located in areas that are not at all touristy and therefore there will be no reason why an Italian visiting Seville should enter these areas. In particular, the neighbourhoods of:

These areas are the poorest in the city and in some cases even in the whole of Spain. That is why most crimes are committed here, especially drug trafficking, and the crime rate is higher.

There is nothing to worry about eating in Seville. In this city, in fact, very strict laws are respected in terms of food safety with even meticulous controls. This is why the problem that arose with Listeriosis in pork in Seville was quickly discovered and eradicated. The infection had arisen in one specific company and concerned a single concrete product marketed, Carne Mechá. This is an unusual sausage among the tourist tapas bars and would hardly be accepted by a tourist.

add a comment of Security and crime in Seville