Giralda of Seville: timetables and how to get there 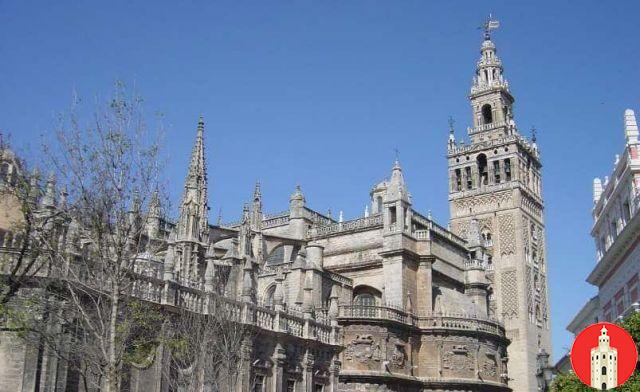 Stay in Seville, support us using our internal tool to find your hotel in Seville.

The symbol of the city of Seville is definitely the Giralda, one of the most popular monuments of the city which is located at the Piazza del Trionfo, near the real Alcazar. This monument perfectly represents the history of the Andalusian city and the style of construction (Mudejar) recalls the various dominations it had.

Giralda of Seville: a bit of history

The Giralda of Seville it is a bell tower 70 meters high, 104,1 meters with a statue representing the Faith on top. The bell tower was later annexed to the Gothic Cathedral of the city and was erected in the thirteenth century by the Arabs, precisely from re Almhoadi. This is definitely one of the things to see in Seville.

The Giralda of Seville was initially born as minaret of the city mosque built during the Arab domination 1156, it was later transformed into the bell tower of the current cathedral (built in place of the mosque). In 1365, following an earthquake, the copper dome was replaced by the current belfry which has decorations with bronze lilies in the corners of the structure. 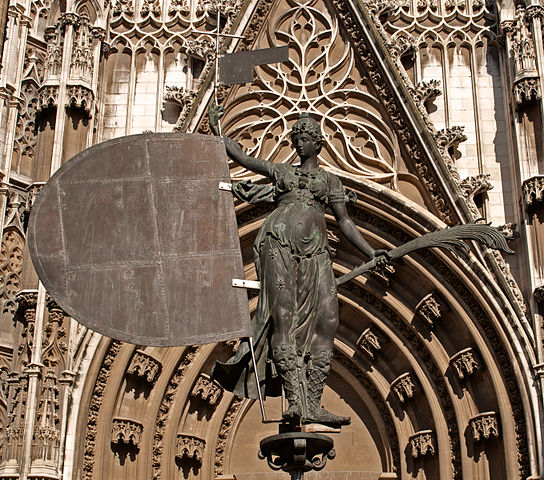 The name "Giralda" derives from the statue positioned on top of the bell tower, in fact this turns on itself according to the wind and takes the name of “El Giraldillo” positioned at the top of the Giralda only in 1568, the latter is 4 meters high. To know is that the bell tower was built with the remains of ancient buildings, some coming directly from Italica, it is a Roman city present in Andalusia. The Giralda of Seville it is decorated with mullioned windows, terracotta arabesques and crossed arches.

Another curiosity about the Giralda is the fact that until a few years ago there was a municipal law that prohibited the construction of taller buildings in the city, but later the building permit was issued Torre Pelli, however, also known as Torre Sevilla.

La Giralda is together with the minarets of Rabat and Marrakech an example of Almohad architecture still in excellent condition. The decoration is very peculiar, in the lower part of the tower it maintains the appearance of the ancient minaret, while in the upper part it is in full Renaissance style even if the Arab imprint is still clearly visible. 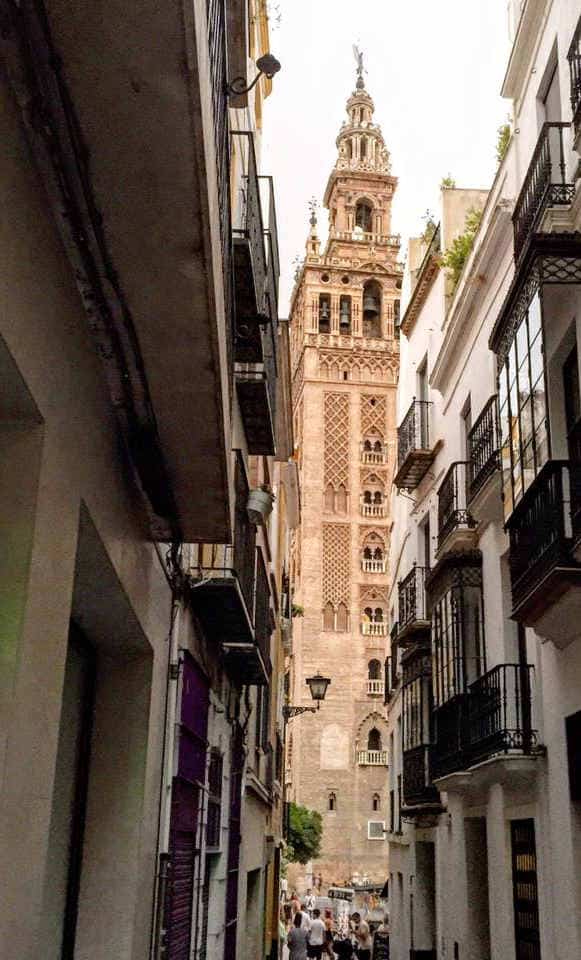 For those who want to visit the symbol of the Andalusian city it is good to know the opening hours of the structure, so here is all the information below.

During the month of August special hours are observed, it is possible to visit the Giralda from 9.30 to 16 from Monday to Friday, while on Sundays and public holidays the normal hours remain in force. For greater clarity, here is a summary of the timetables:

The cost of the Giralda ticket is € 9, you can access from outside or inside the Seville Cathedral. We advise you to buy your ticket online before even arriving in Seville to avoid unpleasant surprises and remain without entry.

You can buy the ticket skip the line to avoid queues even a few hours long at certain times of the year.

How to reach the Giralda?

Reaching this monument is really simple, in fact you can reach the center by subway and get off at Puerta Jerez, at this point you just need to walk along the Avenida della Costituzione and you will find yourself in front of the Giralda. For more information I suggest you take a look at how to move in Seville, it is a guide of all the means that can be used in the city.

We suggest visiting the Giralda at any time of the year, the view and history you will hear during the tour are really very interesting and will provide you with a unique and incredible experience.

The 9 best monuments of Seville

Visit the Cathedral and the Giralda of Seville: tickets and curiosities

add a comment of Giralda of Seville: timetables and how to get there