Casa Pilatos Seville: Timetables, information and how to get there 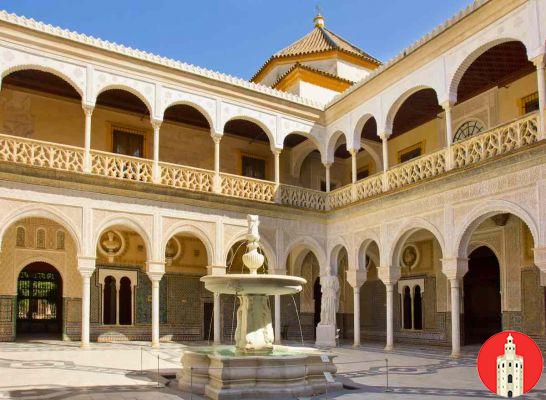 Among things to see in Seville we must report the House of Pilate, one of the most beautiful palaces in the city of Seville together with the Palazzo de la Contessa de Lebrija.

La Pilate's House it is a place to devote at least half a day where you can explore a palace dating back to the 400 with unique architectural elements in its style, including the Italian Renaissance style that mixes with the Spanish one creating a unique spectacle.

La Pilate's house is located in the center of the city of Seville and has been declared a national monument since 1931, during the years from the XNUMXth and XNUMXth centuries adjacent land was purchased to create equally beautiful rooms and incredible gardens making the Palace of Pilatos one of the larger properties in the entire city.

According to the history of the House of Pilate it was Fadrique Enrique de Ribera who chose the name of the building, the same who discovered that the distance between the Church (Cruz Campo) was the same between the church and the remains of the house of Pontius Pilate and Calvary. in Jerusalem. In addition to changing the name of his house to Casa Pilatos, the owner created the first station of the Via Crucis de la Semana Santa in Seville.

The construction of the Casa de Pilatos dates back to the XNUMXth century by Catalina Ribera and Pedro Enriquez, at that time the Enriquez family reigned in Aragon and also included some areas of Italy: NAPOLI. This is the reason for the presence of Italian marbles inside the Pilate's House.

always the House of Pilatos and the City of Seville have always been united, in the period of greatest splendor of the city it was considered (and still is) one of the most important and most beautiful noble houses of the city. During the seventeenth century the Medinaceli family bought the property from the Enriquez de Ribera family who lost popularity for reasons of succession. After the purchase the palace was abandoned until 1900 when what are the renovations began. Currently, since 1978, it has been under the tutelage of the Medinaceli Foundation.

What to see in the House of Pilate in Seville? 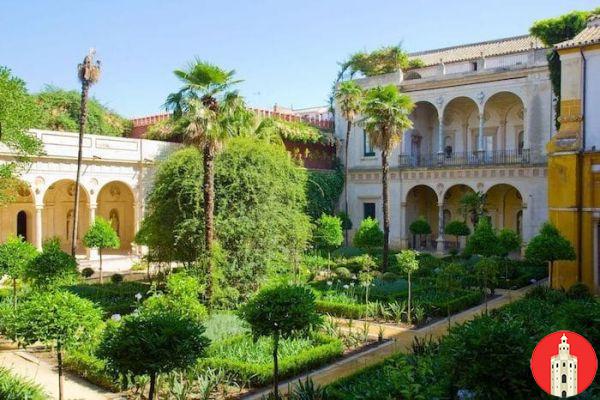 If you have decided to visit the Pilate's House we advise you to start with the spectacular patio which represents 100% Andalusian art: a perfect combination of Gothic and Mudejar. The patio of the House was built in 1400, in the center there was the chapel and during the renovation period it was enlarged and from a rectangular shape passed to a square shape.

Inside the patio we find a marble fountain that was commissioned in Italy, on the sides we find 4 busts that were later added.

La chapel of the Flagellation takes its name from the central marble column that traces the tradition of scourging of Christ, it is one of the oldest areas of the building, inside the capilla we will also find a statue (on the altar) that dates back to IV and comes directly from Rome.

Among the things to see inside the House of Pilate is the Hall of the Praetorium, this was built in the Renaissance style in 1530.The walls of the room are composed of azulejos with more than 150 different designs, it is one of the largest collections of azulejos in the world.

Pilate's Office: it is located under the Tower of the Palace and has a square plan, the ceiling is somewhat reminiscentAlcazar of Seville already in carved wood and gold.

Upstairs of the house you will find wall paintings dating from 1539 and frescoes by Francisco Pacheco, are also featured furniture and arezzi from the Medinaceli Collection. In addition to these works we also find some Goya, Vanvitelli and Giuseppe Recco among the most important artists of the 1500s.

Casa Pilatos: How to get there?

Pilatos' house is located in the center of Seville, precisely in the Plaza Pilatos 1. From Seville Cathedral it can be easily reached on foot in about 10 minutes. If you are not in the center, you can opt to use the bus or a taxi.


By bus from the station Santa Justa you can take Line C5 and get off at the Águilas stop. You can opt for the metro but the closest stop to the monument is Jerez Gate, from here it is about 20 minutes on foot so we advise you to use the bus.

You can opt to take the Seville Metro and then take the Tram which will leave you at Plaza Nueva which is 15 minutes from the Casa di Pilatos.

La Pilate's house in Seville it is open from 9 to 18 during the winter period, from November to March, while in summer it can be visited from 9 to 19.

The ticket price of the Casa di Pilatos is 12 € per person, the ticket includes an audio guide in Italian or in the language of your choice. It is possible to buy the reduced ticket for € 10 to access only on the ground floor, if you are in a hurry or have little time available it could be a good solution.

On Mondays, the house of Pilatos can be accessed for free from 15 to 19 pm.

From the Cartuja monastery to the CAAC, a journey through the history of Seville

add a comment of Casa Pilatos Seville: Timetables, information and how to get there