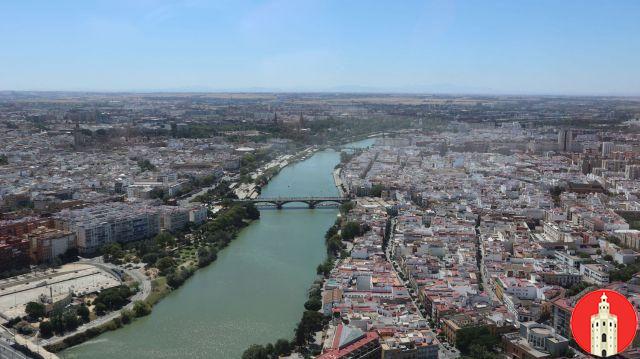 It may be for the innate need for security, but it is indisputable that human nature pushes us to want to contemplate a landscape from above from which to be able to control the possible imminence of dangers. There are very few risks a Seville, if not to be struck by so much beauty. 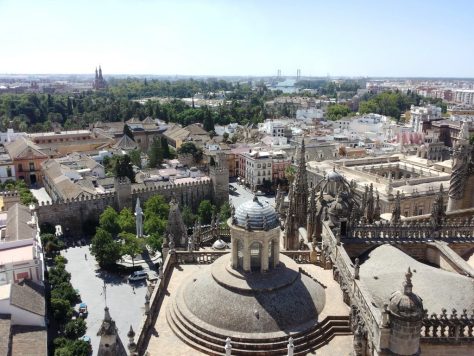 The roof of the Cathedral, the Alcazar, the Archivo de Indias and the towers of the Plaza de España from the top of the Giralda.

From above Seville it cannot hide and manifests all its roots and influences. The urban grid and the different architectural styles reflect theinclusive and receptive soul of the magnificent Andalusian capital. Terraces, numerous bell towers and new modern buildings make up one irregular and often controversial skyline.

See also -> The hotels with the best view in Seville

Mushrooms it is one of the best points from which to contemplate and interpret the historic center of Seville. Looking south from Jürgen Mayer's timber infrastructure, the Church of the Annunciation and at the bottom the core of the city with the Giralda and the Cathedral that stand out for their grandeur. To the west, however, it will be possible to see the beautiful ones hills of the Aljarafe, interrupted only by the very high Pellli Tower. Among the terraces and the various bell towers of the city some taller buildings emerge like the Tower of the Perdigones, Ponte del Alamillo and some infrastructure of Expo '92. The view is highly recommended either day both of notte. 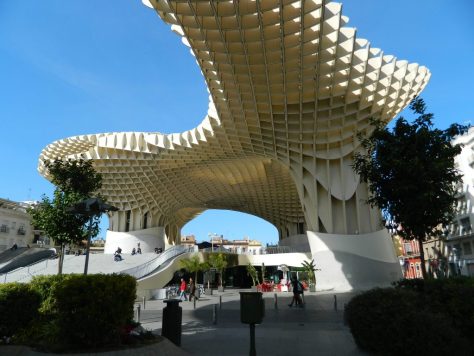 Seville from the Aljarafe

To the west of the Guadalquivir valley, at the height of Seville, the morphology rises leaving room for harmonic necks of the Aljarafe. The Aljarafe area, by now, can be considered a continuation of the city of Seville, but fortunately it is still possible to find some rare empty space, without buildings. On top of the Cuesta del Caracol, road that connects Camas with Coca de la Piñera, in fact, it will be possible to have one overview of the entire city of Seville with the plain and the natural course of the Guadalquivir (see 5 things you didn't know about Seville) in the foreground. From this point, as always, the Pelli tower stands out, as well as the Alamillo bridge and the Triana tower. 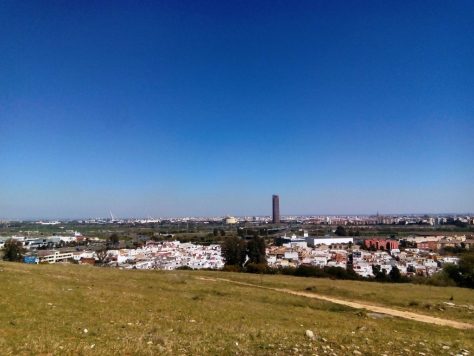 The view of Seville from the Cuesta del Caracol.

Seville from the Giralda

For now, waiting for the opening of the Pelli Tower, the Giralda is l 'tallest building of the city to which you can access. From its 104 meters high, it will be possible to admire the Old Town and the fantastic roof of the Cathedral. It is a view, opposite to the previous one of the Aljarafe, that is the observable panorama will always be from the city center to the suburbs. Undoubtedly the one that will most attract attention will be the towers of the Plaza of Spain, the neighbors Alcázar and Archive of the Indies, the straight Calle Mateos Gago and once again the western hills. 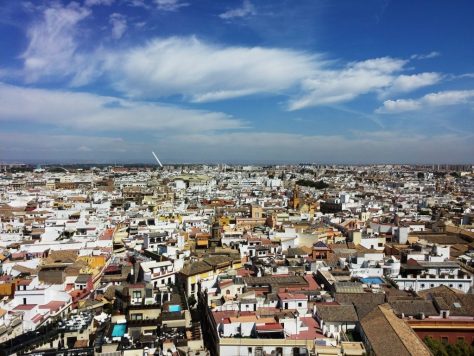 The urban network of Seville from the Giralda.

Seville from the Torre del Oro

The last chance to see Seville from above is from the Torre del Oro. A very different view from the previous ones given that this construction of 36 meters it was not located in the historic center of the city but along the banks of the Guadalquivir, the river that bathes the capital Andalusian. An area of ​​Seville that had been in need of an important enhancement for many years. In this sense from the Torre del Oro it is possible to contemplate the interventions made up to now such as the dock del Guadalquivir, the Pier of Delights, the New York Pier and the Pelli Tower. 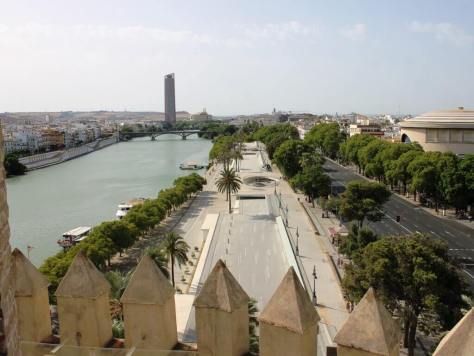 Seville from the Torre del Oro.

Seville from the Torre Pelli or Torre Sevilla

It is the most modern viewpoint in the city, as well as the highest in all of Seville. From the restaurant placed at the 34 floor of the 157 meter high tower you can see all of Seville from the other. A 360 degree view with the Guadalquivir river, the Alfonso XIII dock, the CAAC - Mostareo della Cartuja, the Expo'92 and the Aljarafe in the foreground. From this point the Ponte Triana, the Giralda and the Maestranza are also clearly visible. The highest restaurant in Seville is quite expensive but of very good quality. To go you have to book. As for the attached bar, it also has a spectacular view, it is expensive but normally you don't have to book.

See also: What to see in Triana 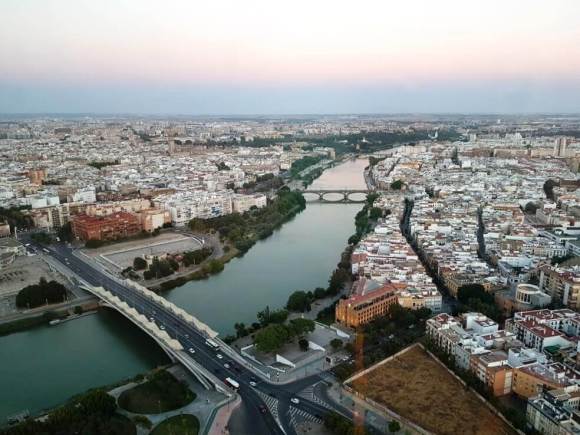 The highest view of Seville from the Torre Pelli.

Finally, I leave a video dell 'City of Seville with fantastic views of the city from above. The images are from 2009 which is why the landscape today is slightly modified.

Archive of the Indies in Seville ❯

add a comment of 5 viewpoints to see Seville from above!